We are so grateful to the team at RUMS, the medical school attached to University College London, for their donation of netball dresses to Nyumba ya Masambiro. The dresses were brought out to Malawi and the staff at NYM was delighted to show them off immediately.

The dresses are being stored at Nyumba ya Masambiro but word has been passed around that any local team is welcome to come and borrow them when they have a competitive match in the area. The dresses were used for this purpose by Khomola Village team in a match against Banda Village. Khomola were so thrilled with the use of the dresses that they were spurred on to a 3:2 win against Banda!

We are always keen to promote and encourage female participation in sport and netball is very popular in Malawi, and a sport that women are happy to play. This donation of dresses and their availability for use is already encouraging more matches being scheduled. We are also delighted to see that women’s netball matches in recent months are also starting to draw bigger crowds, more like those often seen at the men’s football matches so we are starting to see a move towards more equality in sport, which is such a fantastic achievement by these community netball teams. RUMS – Thank you so much for your donation of these dresses and their contribution to gender equality in sport in this area in Malawi – Tawonga Chomene!

We were lucky enough to host three volunteers from France for a period of one month. Leo Berger, Aurelien Lluis and Kartik Sharma arrived in Ruarwe towards the end of May and immediately got stuck in with a great number of activities at the education centre Nyumba ya Masambiro. During their time with Phunzira they rebuilt the bridge across the stream into the NYM land after it had been washed away by the rains, they completed a data analysis plan for the maize mill, they got involved with tutorials and youth club sessions, they rewrote the guide to NYM which is available in the library for any visitors to read, they got involved with community activities such as football games at the village football field at the top of the hill and in their spare time they walked down to Usisya and back to get to see a bit of the surrounding area!

The staff at the education centre was delighted with their energy, joy and enthusiasm and it was wonderful to see how much could be achieved in such a short space of time. Thank you to all three for their hard work during their time in Ruarwe! 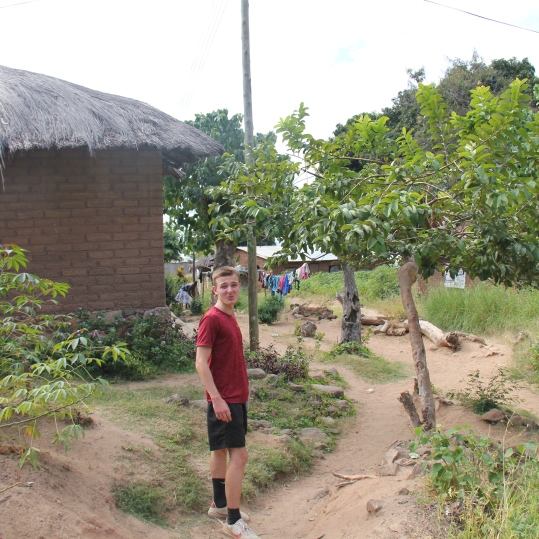 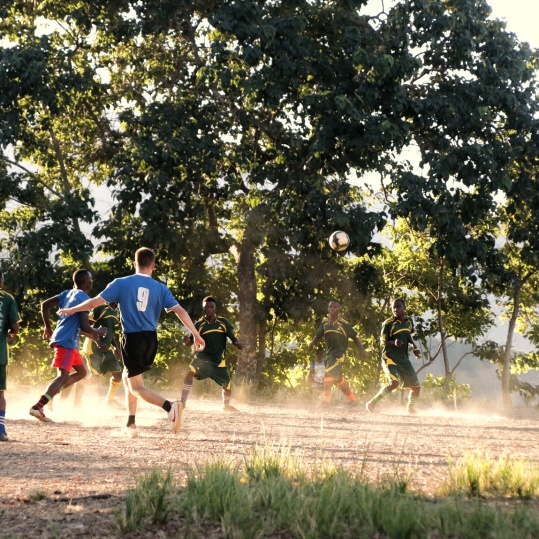 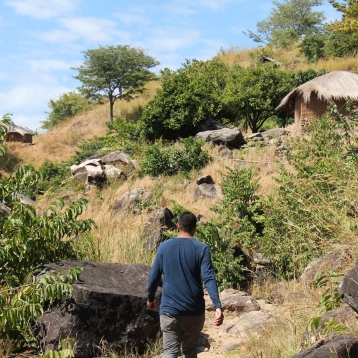 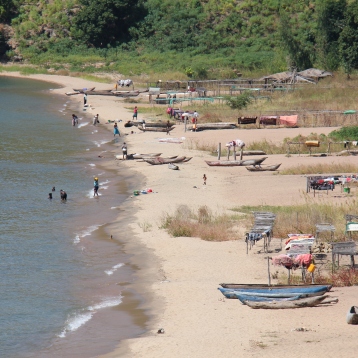 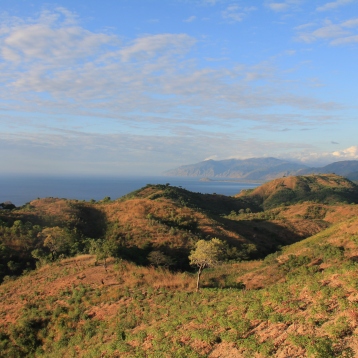 We would like to extend a huge thank you to former volunteer Phillip Zheng, who donated three footballs and two netballs to the NYM Youth Club. Having made the long journey from the UK out to Ruarwe, we now very much look forward to setting up some youth sports tournaments using these new balls, and we are sure that the Ruarwe Youth will very much enjoy these generous gifts. Yewo Phillip!

Sport is such an important part of Nyumba ya Masambiro’s activities, giving both younger and older youth members the opportunity to relax, keep fit, play and socialise with friends and for the older youth it helps to prevent the temptation of falling into excessive drinking as well as it keeps them entertained and motivated to keep fit. Football and Netball are hugely popular throughout Malawi and Ruarwe village has 2 teams alone who can regularly be found at the top of the hill either training or playing vibrant matches against surrounding village teams. The atmosphere is fantastic and it is great to be able to support the next generation of players through this fabulous donation! 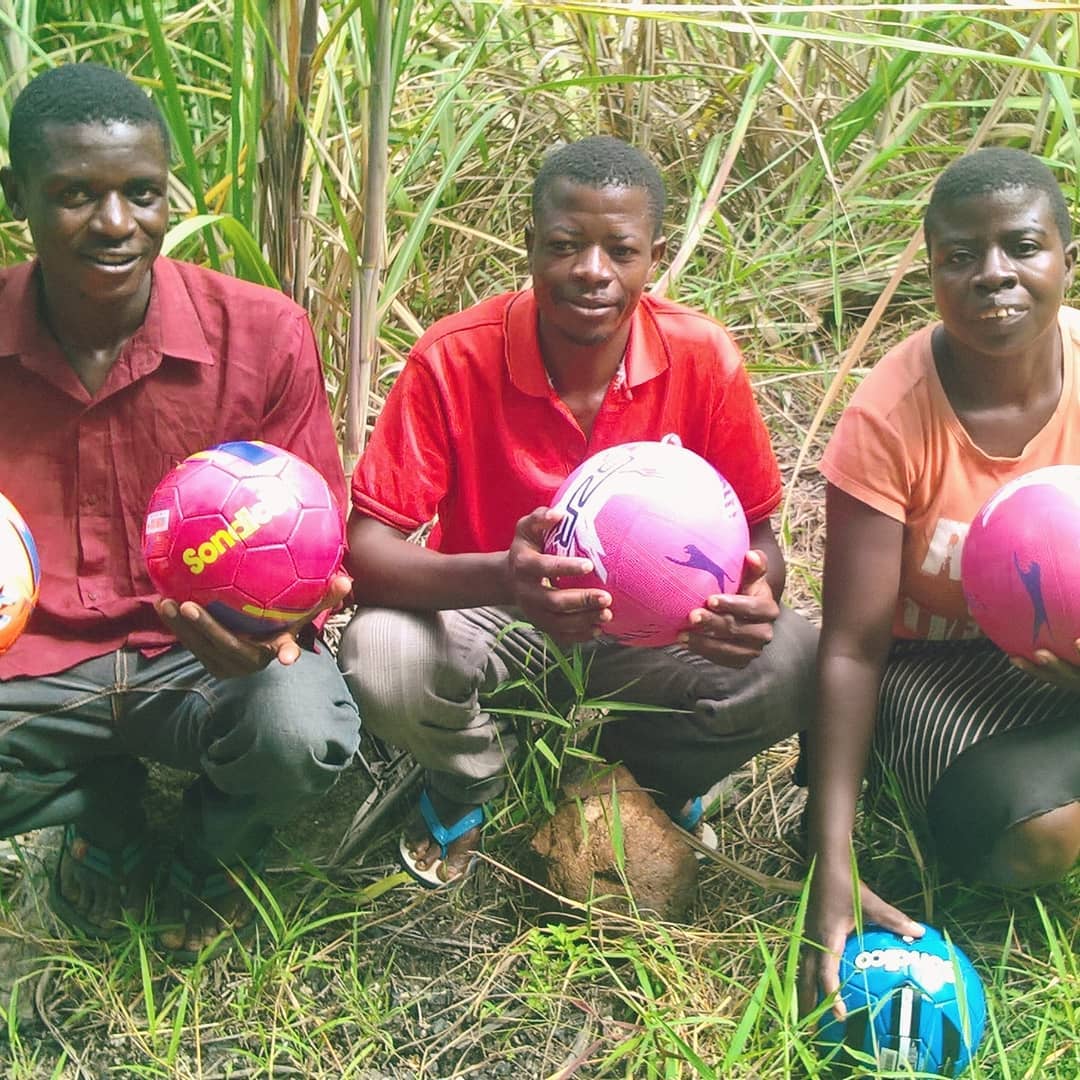 INTERNATIONAL YOUTH DAY: Wishing everyone a very happy international youth day. While we are sad that the NYM centre and library is currently closed due to the ongoing pandemic we rejoice at memories of having children around and look forward to welcoming them back as soon as it is safe to do so!
GREETINGS: For those of you who are new here, this is the fabulous Rosa, founder of Phunzira.
TECHNICAL ISSUES: Please be advised that our Phunzira website is currently down. We hope that the problem will be rectified by the end of next week and in the meantime we apologise for any inconvenience caused.
WE'RE BACK: Sorry that we have been away from your screens for a while, and hello to our new followers, welcome!
DONATION APPEAL: While we’ve had to pause Phunzira and Nyumba ya Masambiro’s usual activities as a result of the COVID-19 pandemic, hardships within the community continue.
COVID-19 UPDATE: After much discussion, having kept an eye on the situation and assessed the information available, we have decided to close Nyumba ya Masambiro and suspend all volunteer activities effective immediately and until further notice. We have not made this decision lightly – we are sad to have to close the centre and we understand and appreciate the great value that volunteers can add to Ruarwe and its surrounding communities. It is important that we too spread the message of social distancing at this difficult time.
WINNERS: Congratulations to Nyumba ya Masambiro youth club football team for your resounding win against Msambiya youth team.
MAIZE MILLING: We are absolutely delighted that the maize mill remains active in Ruarwe, providing relief to the wider community. Here you can see Nyumba ya Masambiro staff member measuring the maize in preparation for milling.